PRESIDENT , VICE PRESIDENT AND SECRETARY
15) The Board of Directors shall appoint the President, Vice President and Secretary in range of the members in office.
The President and the Vice- President shall hold office for two years and are not immediately re-eligible after their term has expired.
The Secretary holds his/her office for two years and can be renewed after expiry of the mandate.
The President is the representative of the Association in court and before third parties, with faculty, in particular, to open, close and operate bank and post office accounts.
The Vice President replaces for all purposes the President in case of absence or temporary inability in the exercise of the functions.
In case of proven irrevocable inability of the President to perform his duties, the Board of Directors shall appoint a new President.
The Secretary ensures the updating and maintenance of the register of Members, of the book of the records of Members' meetings and of the minutes’ book of meetings of the Board of Directors. These books can be consulted at any time by the Members, who are also entitled to request extracts at their expense.
TREASURER
16) The Board of Directors shall appoint a Treasurer, as part of the members in good standing, which lasts four years and may be renewed on expiry of the mandate.
The Treasurer has delegated the custody of the amounts and values of the Association, the management of receipts and payments, the execution of all bank and cash transaction, as well as updating of its accounting.
AUDITOR OR BOARD OF AUDITORS
17) The control over the financial and accounting management of the Association may be entrusted to a single auditor or a Board of Auditors.
The single Auditor , chosen among the persons included in the list of Statutory Auditors shall remain in office three years and can be renewed.
The Board of Auditors is composed of three members, of which at least one - who will assume the functions of President - to be chosen among the person from a list of Statutory Auditors, who holds office for three years and may be reappointed.
Auditors shall monitor the administrative, economic and financial part of the Association, ensure the proper keeping of accounts, perform cash inspection, examine the financial balance proposal. At the end of each year they shall submit a written report to the Assembly on the work performed and the comments on the final balance. A copy of the report must be sent to the Board of Directors prior to submission to the Assembly.
The auditors may attend the meetings of the Board of Directors, without the right to vote.

FINANCIAL YEAR AND FINANCIAL STATEMENT
18) The financial year ends on 31 (thirty one) December each year .
The Board of Directors prepares in time the financial statements draft to be submitted to the auditors so that they can express comments and submit it to the members Assembly for approval within four months from the closure of the fiscal year .
The Assembly also determines the allocation of any profits or surpluses, which should be reinvested for the pursuit of social goals or allocated in reserve accounts.
The balance proposal, within fifteen days preceding the meeting that approves it, and the approved balance must be kept at the headquarters of the Association available to members who wants to see and want to ask for a copy.
The Association cannot distribute, even indirectly, profits and surpluses, funds, reserves or capital during the life of the organization, unless the destination or distribution is required by law or made in favor of other associations, which, by law, statute or regulation, are part of the same structure.
DISSOLUTION AND LIQUIDATION
19) The Association is dissolved by resolution of the Assembly.
The Assembly approving the dissolution of the Association shall also ensure the appointment of liquidators and, if deemed appropriate, establish the general criteria for liquidation.
Any residual assets at the end of the liquidation, will be donated to another association with similar purposes or for purposes of public utility, based on article 3, paragraph 190 of the Italian Law of 23 December 1996 n. 662 and unless otherwise assigned by the Law.
APPLICABLE RULES
20) To all matters not expressly provided for it is applied what provided by law.
TEMPORARY RULES
21) Upon the entry into force of this Statute , the governing bodies remain in office until their natural due date. 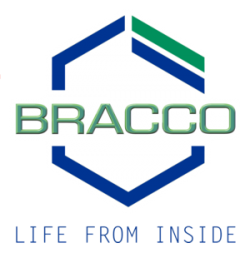